Agents are a new type of objects that allow to store code to be executed and data in an object, named the agent. In Eiffel, four types of agents exist: an abstract (deferred) type ROUTINE, and three concrete types PROCEDURE, FUNCTION and PREDICATE. The following figure shows their inheritance relationship: 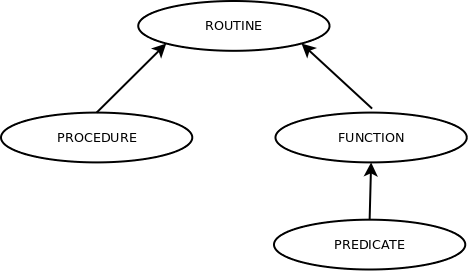 Agents are a way of storing operations for later execution. They are objects. As such, they can be stored, compared to Void, or passed around to other software components. The operation stored in the agent may then be executed whenever the component decides. The most common uses of agents comprise delayed calls, multiple calls (on different values), lazy evaluation, and so on.